Maryland Trek 9 Day 1 is for James

Maryland Trek 9 Day 1 is for James

Route: Summit of Wisp to Cumberland

To know James is to instantly love him. He is a kind, thoughtful soul with a wicked sense of humor. He loves sports and the weather, and never passes up an opportunity to talk about either. He loves playing sports, especially baseball and flag football. James is also autistic, which has afforded him many super powers including a more methodical approach to processing information. His exceptional super power is definitely his memory. He has an endless storage capacity, especially for history and sports.

This past winter, James began suffering from headaches They started as periodically after school and slowly progressed to daily. We scheduled him to see his pediatrician, thinking they could just be growing pains of adolescence. But before that appointment, we had his eyes checked to make sure his vision wasn't causing the problem. At the optometrist's office, high levels of pressure on James' optic nerves and we were sent to follow up immediately to Johns Hopkins. That same day, after an MRI, his brain tumor was discovered.

The tumor was blocking the cerebral spinal fluid from draining out of his head, which was causing intense pressure on his brain and eyes. The doctors were amazed that James had no neurological impacts based on how much pressure was built up in his head.

Three days later, James underwent surgery to help relieve pressure and biopsy the tumor, trying to safely remove as much of it as possible. Cancer was confirmed after the biopsy. A second surgery was required to place a permanent shunt to help drain the fluid. James spent 17 days at Johns Hopkins. Within two weeks, he began a six week course of radiation. He rocked through treatment and proudly rang that bell!

He will be taking part in an upcoming clinical trial this summer. He feels amazing since his surgery and treatment. There are days he says he forgets he has cancer.

Through this journey, James has been our family's rock. His steadfast, calm demeanor has kept our family from falling to pieces. It is a grace that can only be described as divine.

I met with James a few times, the first time was simply to talk about the weather. He would like to be a meteorologist as well as a sports caster when he grows up.  Witnessing his intellect, I am sure he can accomplish anything. Watch his comedic timing, I am certain he will be quite entertaining.

Fox 45 in Baltimore actually welcomed him on their morning newscast to do the weather with Justin Chambers.  I am thrilled he had this opportunity, and am trying myself to connect him with the local sports community. Stay tuned. 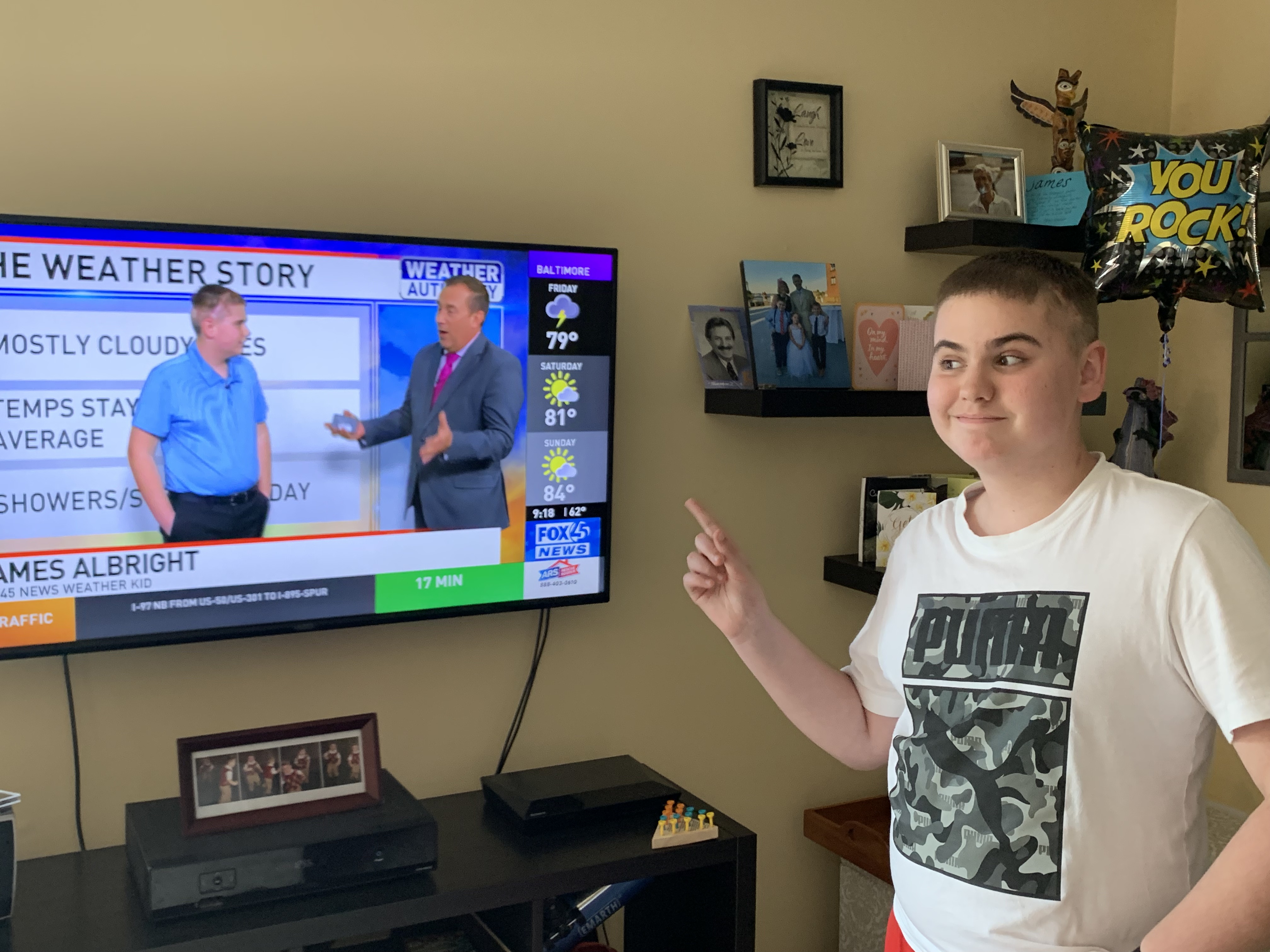 What stands out to me is the family love. His dad Brent was first to contact me.  The dedication of his mom Bass,  plus his (almost twin) Tim and his sister Catie is the kind of support that can help overcome anything.

I am thrilled all of them will be joining our team at the summit of Wisp Ski Resort at Deep Creek Lake to kick off the start of Maryland Trek 9. We will be honing him on Day 1! 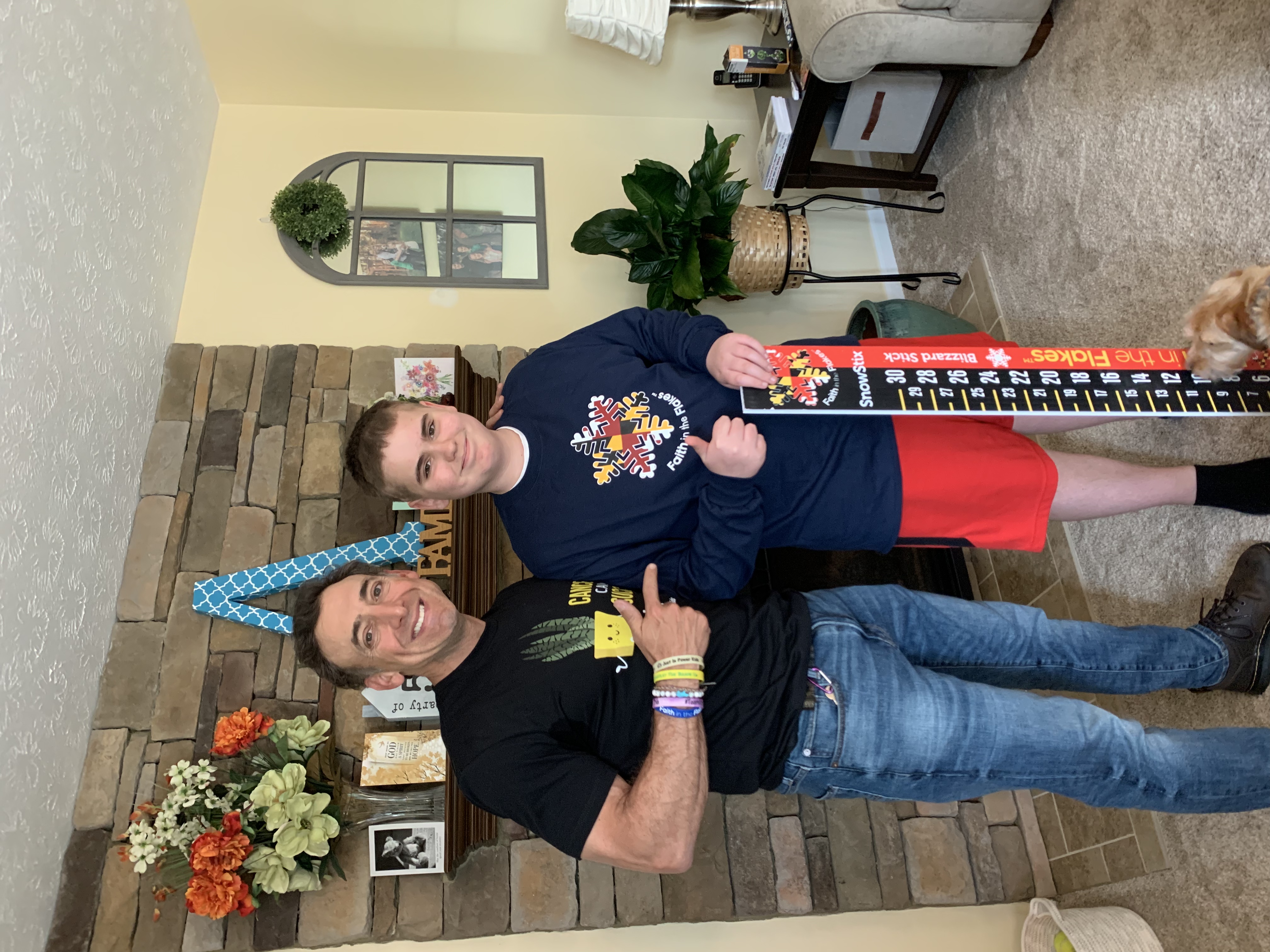