About the Maryland Trek

The Maryland Trek is a 7 day, 329 mile Hike and Bike combo starting in the Mountains of Western Maryland, crossing through the suburbs of Central Maryland and culminating on the beach of our Eastern Shore at the inlet of Ocean City

This is a high endurance event that requires extreme physical and mental capabilities. We hike 27 miles almost every day, more than marathon distance, and and then spend another 14 miles on our bikes traversing all kinds of both hilly and flat conditions. We liken this to the challenges that children endure while going through their cancer treatments. That is what makes this event so special, the very real strength and persistence that is required to complete this journey. 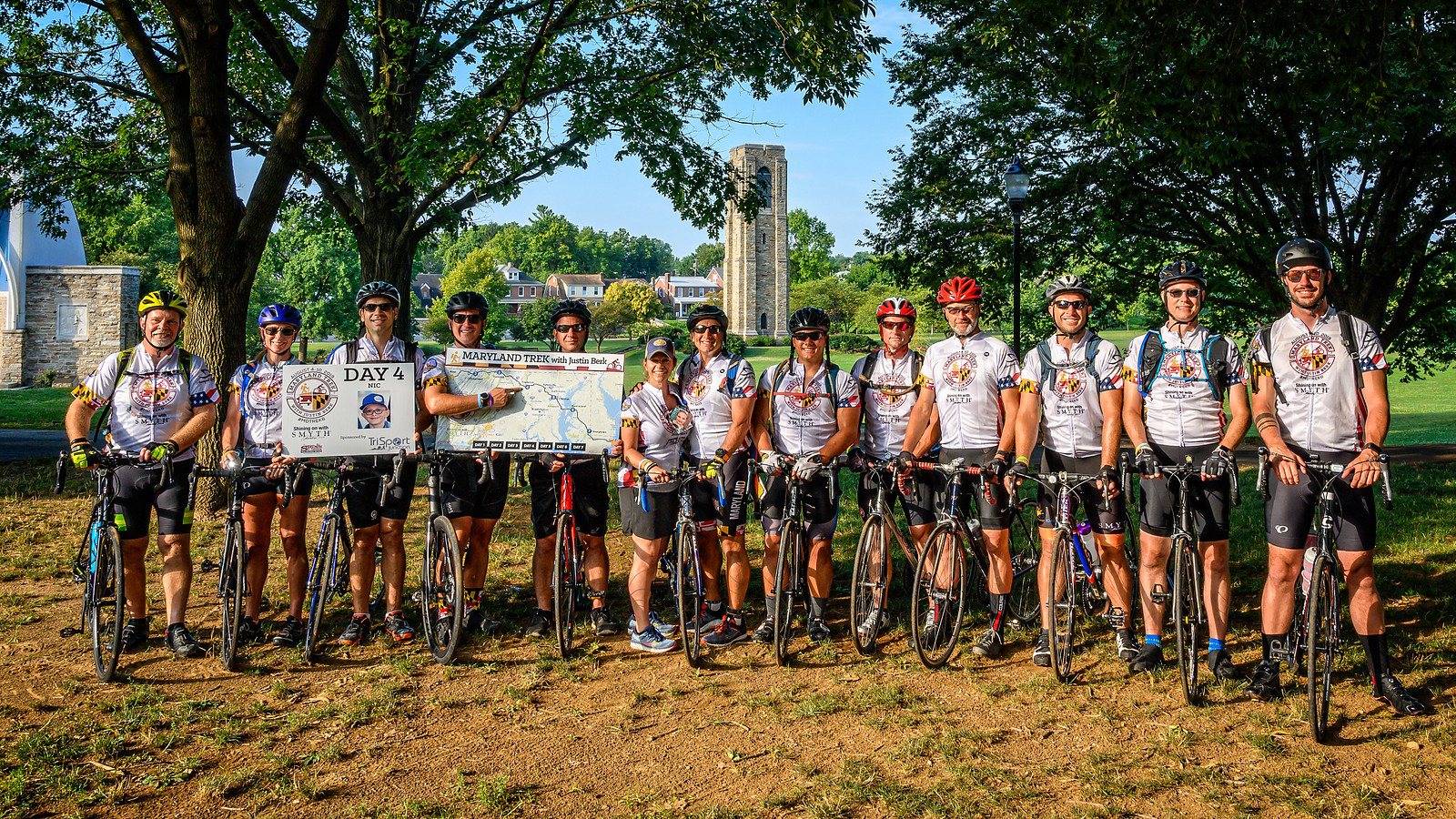 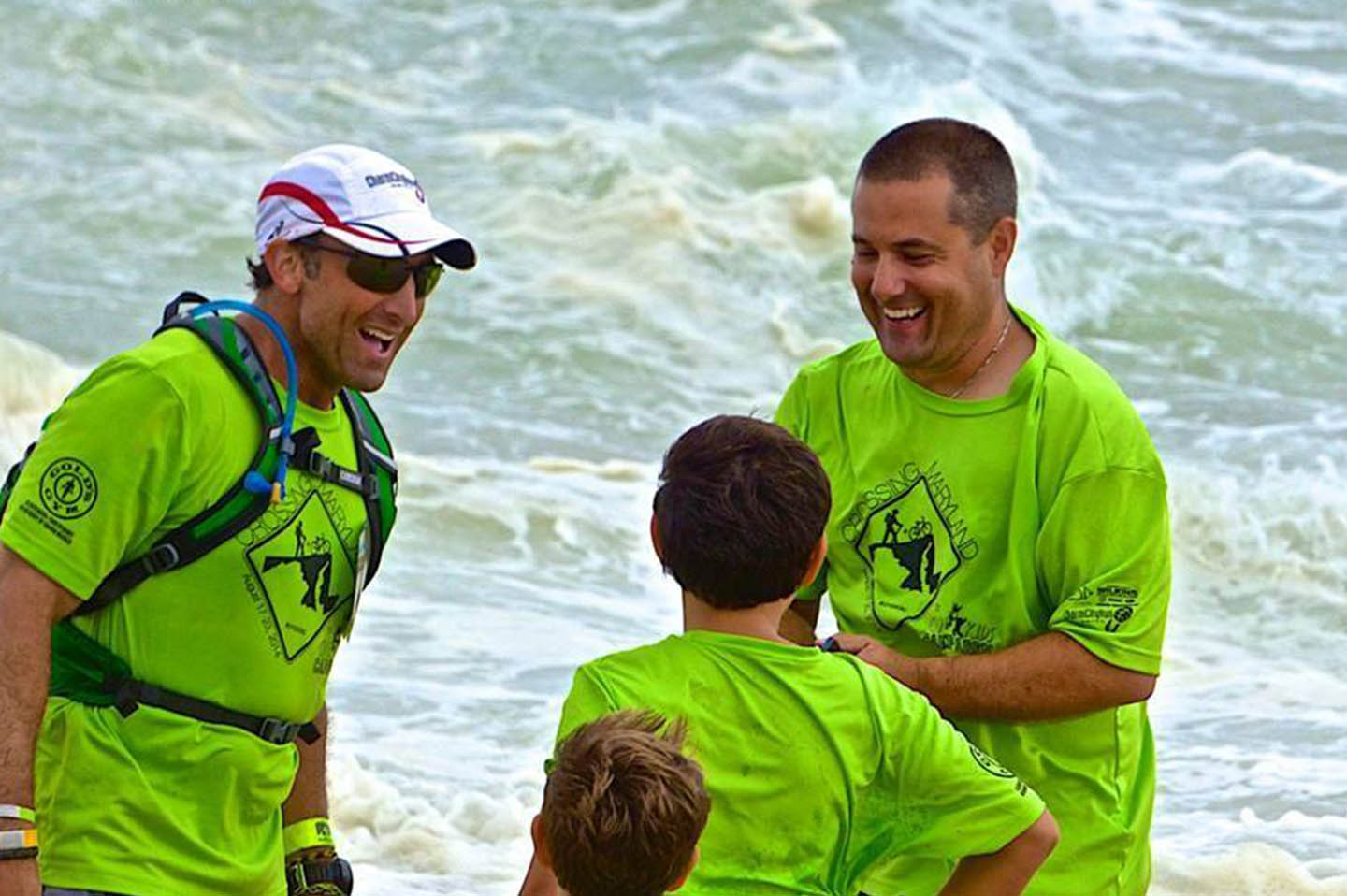 How it all began

Justin Berk almost lost his leg at the age of 14 with a bad diagnosis of cancer. He did have a staph infection, surgery, and complications that followed. While not sure if he was walk right again, he recovered to be a winning sprinter in High School Track.

After two decades as a broadcast meteorologist and college professor, he started a business that included a large social media following. Justin wanted to use this platform to do something good. By sharing his full story and putting his two working feet where his mouth is, he started this Maryland Trek solo in 2014. In the years that followed, the team grew and so did his family. He met his wife on Maryland Trek 4 and they got married the day after Maryland Trek 5 blending their three kids and families today.

All of the people who participate in this Maryland Trek become extended family.

Our team members raise money by pledges. Trekkers can join for a single day or the entire week.

Sponsors: Many local business have joined us. There are three monetary levels of sponsors, plus in kind donations that provide supplies to help our team on the journey. Learn more about how you can sponsor #MDTrek8. 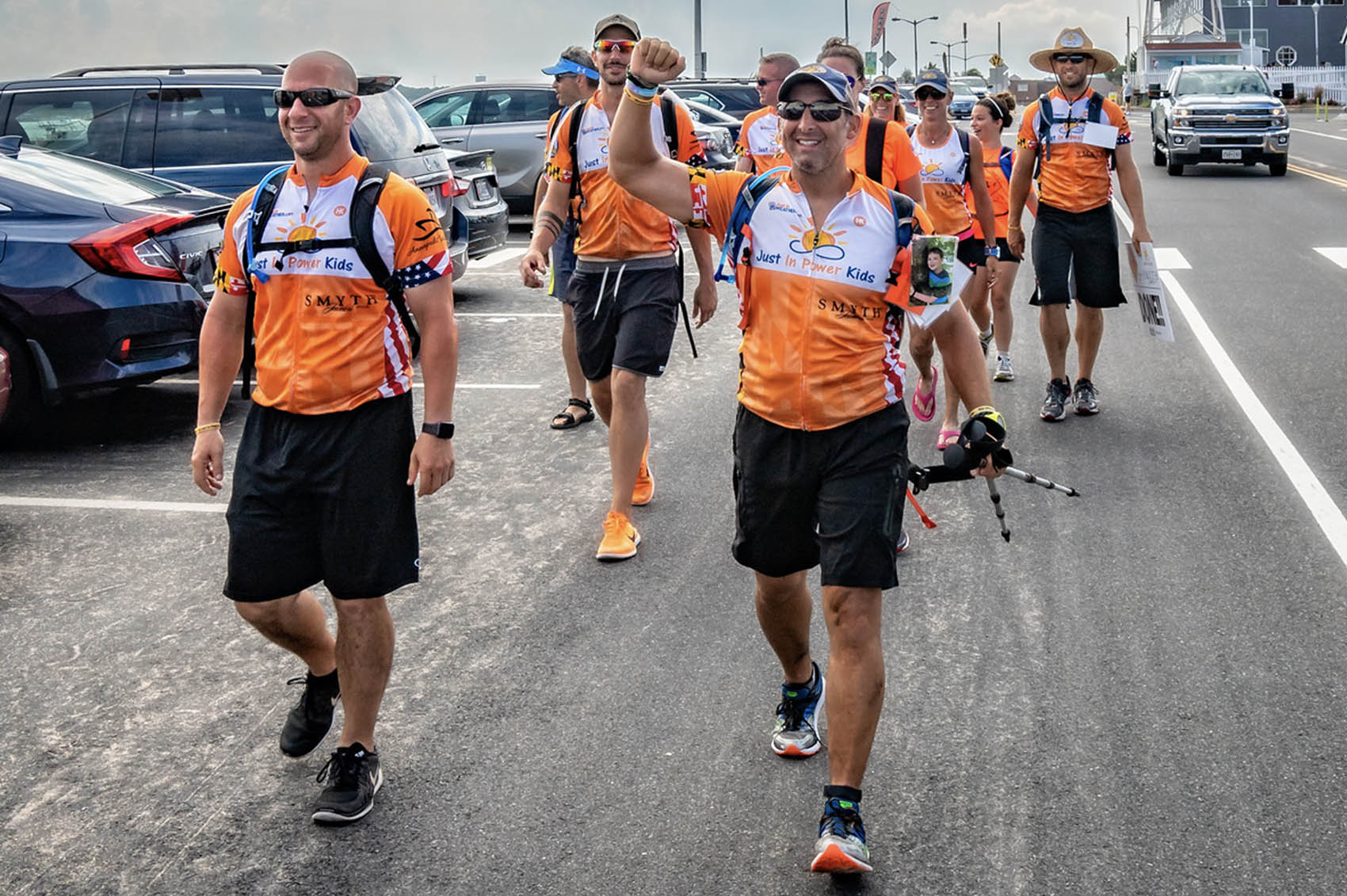